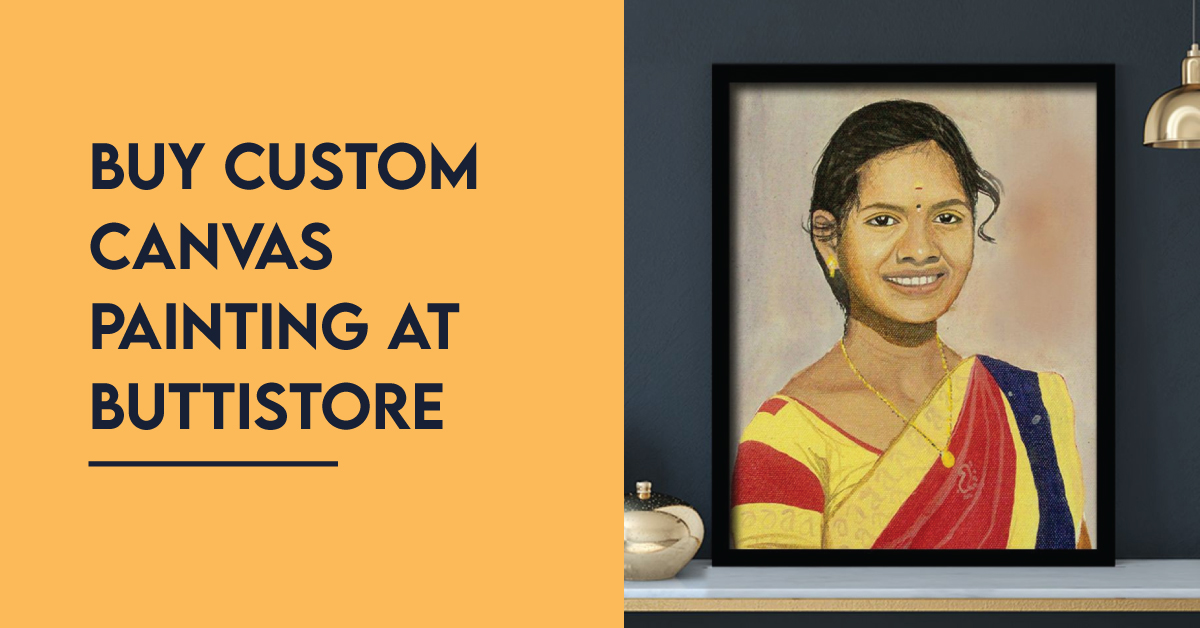 As long as human life has been conscious, paintings have been around. Since time, they have decorated the home of the elites, the poor, the chic, and the noble and are continuing to gain popularity around the globe. From vivid oil paintings to custom canvas paintings, there is just something about them that gives a sense of prestige and royalty. They tell a visual story with each stroke and colour and take the viewer on a journey to unchartered waters. When you buy a custom canvas painting, you can create a statement piece in your home or give someone a gift of a lifetime. If you are an artist who is passionate about art or a person who likes to admire art, these facts about paintings are for you-

Have fun reading about interesting facts related to paintings? Well, how about you get one for yourself? At Buttistore, you can buy custom canvas painting from anywhere around India. We turn your photos into paintings to help you relish in your memory in an exciting manner.

Talk to real humans, no bots.

We have two modes of payment. 1. Complete Advance, 2. Partial Cash of Delivery – 30% paid in advance, 70% paid in COD. Your payments are 100% secure. Razorpay payment gateway is used.

Select the type of artwork you want from our site, upload a photo, fill in the details, and submit order. Then we will share with you a preview and once you approve, it will be shipped to you!

2. Can I add or remove people/things from my artwork?

Yes, just let us know what people or things you want the artist to remove. If you want to add people into the photo, you can make use of our merge art services.

3. Do you offer free shipping?

Yes, at Buttistore you can enjoy free shipping all over India.